Affordable grocery items and fresh meats are available at the Groceria and the meat shop.

Learn More
In 2004, OWWA launched the Groceria project granting Fifty Thousand Pesos (P50, 000.00) worth of grocery items to the OFW groups which funded the ASEMCO Groceria. With the proper management and hard work, ASEMCO Groceria remained one of the well-established convenience stores in the municipality of Almeria. Last August 16, 2012 the ASEMCO Bodega was officially opened as an extension service of the Groceria.

On July 8, 2013, ASEMCO opened a complimentary business to ASEMCO Groceria – The Meat Shop. This project was assisted by the Department of Trade and Industry who sought for a non-government institution that can sustain a business. They have chosen ASEMCO as their beneficiary since the coop already had an existing piggery business which can supply meats to the meat shop.

Other items such as office supplies, toys, arts and crafts, giveaways and fashion accessories are also available at the Groceria. 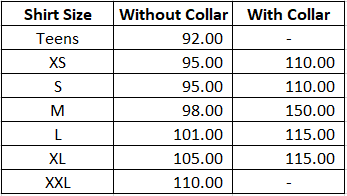 *Printing Price varies depending on the design.

*Prices are subject to change without prior notice.

*Lard and Margarine are also sold by